Pu-erh Tea is definitely a unique type of tea, unique in its processing (which is described in my other article The Difference Between Raw and Ripened Pu’erh Tea), and unique in its flavor profile.

The Pu-erh tea that you’re likely to consume: ripened pue-rh tea, is said to have a deep, rich earthy flavor. I drink a lot of tea, and have seen Pu-erh Tea mentioned, but never knew anything about it.

I thought white, green, black, and oolong were the only true teas made from the Camellia Sinensis plant, but Pu-erh Tea is actually a tea of its own. It’s also spelled Pu’er, Puerh, Pu’erh, Puer and Pu’er:

1. Pu-erh tea can be aged over time like a fine wine.

Each type of tea has their own processing requirements, but Pu-erh tea is post-fermented.  This means that the tea is exposed to beneficial bacteria, microflora, humidity, and oxygen in the air over several years.  Tea makers figured out ways to speed up the process in 1973, but previously it could be aged for up to 15 years or longer.  While the other categories of tea are best consumed right after production, Pu-erh tea actually gets better with age.

2. Pu-erh tea actually had its own financial boom and bust very recently.

Many farmers and dealers in Yunnan Province, China, where the tea is grown, became millionaires at the time.  Investors were pouring their money into Pu-erh tea and thought it was safer than money.  After the values skyrocketed, tea traders stopped coming and investors got out of the market leading to the bust. More details about the boom and bust of Pu-erh tea was captured in the New York Times.

Unlike the other varieties of tea, Pu-erh tea has small quantities of lovastatin, which is a chemical used to lower cholesterol.  Lovastatin is said to be produced during the microbial aging of Pu-erh tea. Lovastatin is used in prescription medicines for its effect on cholesterol.

Researchers think that the bacteria that acts on the tea somehow creates lovastatin during the aging process.  Some animal studies have shown that Pu-erh tea is the only type of tea that raised good cholesterol (HDL) and lowered bad cholesterol (LDL). Alice Waters, the American chef, is also said to be a fan of this tea.

4. The Chinese government has tried to protect Pu-erh tea as a brand.

In December of 2008, the Chinese government had tried to limit what can be called Pu-erh tea to only teas made within certain areas of Yunnan province’s 639 towns and 11 prefectures and cities.

The tea must also be made from a particular leaf using specific technology.  They are trying to create a clear brand just like Champagne in France or Tequila in Mexico.  Many Pu-erh tea producers have fought this effort especially in nearby Guangdong province.

They also believe that the high water content can provide hydration to lessen the dehydrating effects of alcohol. While I am not sure if this is fact or fiction, I thought it was interesting enough to add to the list.

6. Pu-erh tea can be packaged as cakes or bricks.

While other teas are sold with the leaves separated, Pu-erh tea can also be packed into bricks or cakes when the leaves are aged.  Many collectors hold onto these cakes, which become more expensive with age.

Each cake traditionally weighed 357 grams, although recent cakes have been formed into many shapes and sizes.

So these are my 6 most interesting facts about Pu-erh tea.  Let me know if you have tried this unique tea, or any other fun facts about it. 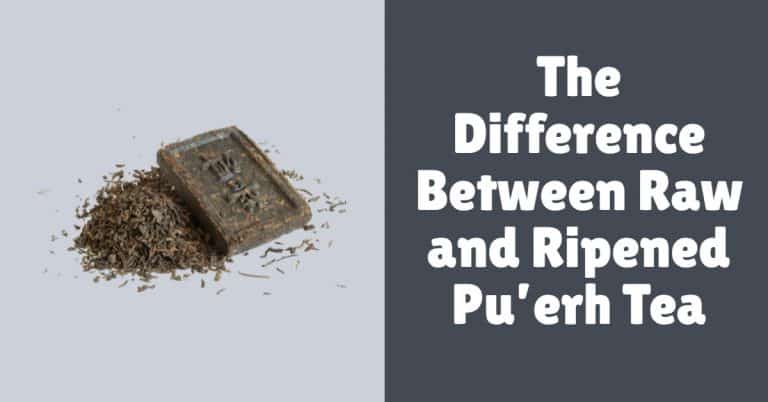 Previously I wrote about 6 Interesting Facts About Pu-Erh Tea, but did you know that when we talk about pu’erh,…