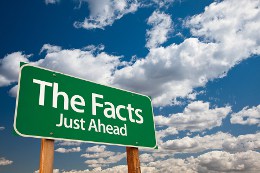 For all the tea lovers out there, here’s 7 interesting tea facts I came across tonight that you can stash away in your brains as useless tea trivia:

1. Turkey is the largest consumer per capita of tea in the world followed by Ireland, according to recent statistics. Each country surprisingly beat out the United Kingdom. For a detailed analysis, go here: http://www.worldteanews.com/news/per-capita-tea

2. The world’s biggest tea grower is McLeod Russel India Ltd. based out of Calcutta, India, which produces roughly 100 million kilos of tea per year.  You can even buy their publicly traded stock on Indian markets.

3. China is the world’s largest consumer of tea and largest tea producer.

5. During the Boston Tea Party, the amount of tea that was thrown overboard, consisting of black and green teas, is worth nearly 2 million dollars in today’s dollars. http://www.oldsouthmeetinghouse.org/history/boston-tea-party/frequently-asked-questions-about-boston-tea-party

6. The term “chai” actually means “tea” in most Asian countries, including India. So if an American were to order “chai tea” in India, they would literally be ordering tea tea. Instead, you should order a “masala chai” if you want a “chai tea.” Masala Chai translates to “spiced tea.”

7. In Burma, in addition to drinking tea, the Burmese actually eat tea by making a pickled tea called lephet. In order to make this delicacy, they soften the tea leaves, roll them tightly, and place them underground to age.

Feel free to add any other interesting tea facts in the comments below.