Tea in Britain isn’t just a pastime, but a way of life. The British have been drinking tea since 1657 and consume something like 60 billion cups of tea a year, so it’s hardly surprising that tea is regarded as a cultural cornerstone. The long history of British tea-drinking has given rise to some internationally-renowned tea brands with tasty blends. If you’re thinking about purchasing some imported British tea, the following British tea companies have a great reputation among tea drinkers.

Taylors of Harrogate dates back to the 19th century and is best known for combining different tea blends to suit the quality of teas from around the world.  They are famous for their Yorkshire Tea blend which is enjoyed both in Britain, the US and around the world but their other breakfast blends are also a favorite.

Scottish breakfast tea is a great example. Despite the name, the ingredients do not hail from Scotland. This tea blend combines the distinctive spice and malty notes of Assam tea from India’s Brahmaputra Valley with the fresh, fruity flavor of African black tea. The result is a tea that comes surprisingly close to simulating the flavor and mouthfeel of Scotland’s national drink – Scotch Whiskey because of its complexity and depth in the cup. It is a tea that is best served with milk.

Taylors of Harrogate has a well-established presence in the US and can be found at most Wholefoods Markets outlets as well as on Amazon.com.

One of the best-known of all British tea brands, Twinings has been delivering great tea at affordable prices since 1706. In fact, it’s been around for so long, it holds the record for the world’s oldest continuously used company logo.

Their huge array of teas range from Oolong to Rooibos Red Tea and the company offers innovative ways to maintain customer loyalty. The US Twinings website offers a convenient Auto-Delivery scheme where you can have your favorite teas delivered right to your doorstep which is often accompanied with free samples on a regular basis. The Australian Twinings website held a competition in 2011 to vote for their best Australian Afternoon Tea blend, where some of the proceeds went to charity.

Jacksons of Piccadilly, another well known British brand, was bought by Twinings in the 1960’s.

Twinings focuses on black tea, herbal and fruit infusions as well as flavored green teas and is available on many supermarket shelves around the world.

Since its establishment in 1836, Ridgways has gained a reputation as a tea connoisseur’s delight, counting Queen Victoria and King George VI among its loyal fans.  Ridgways became one of the first companies to sell tea hygienically pre-packed as a measure against adulteration, which was a growing problem in the 19th century and a problem that was heavily documented in the British Journal, The Lancet around the same time.

Classic products such as Ridgways’ English Breakfast Tea, which boasts of hints of apricot with a silky mouthfeel, are a fantastic way to experience the best that British tea has to offer. The recipes have scarcely changed over the centuries but continue to command widespread acclaim, lending credence to the old adage that form is temporary, but class is permanent. Ridgways products can be obtained from gourmet tea stores such as Mark T Wendell as well as Amazon.com.

If you’re looking to try some new teas, you need to try some from one of these popular British companies.  Order some of their loose leaf teas today! 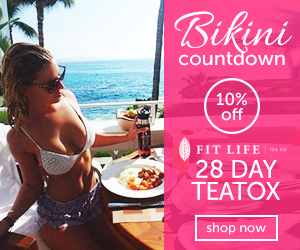